An impressive array of aviation weather forecasting technologies is available today, including advanced radar and satellite-based weather systems, as well as a slew of computerized modeling tools able to predict weather patterns with extraordinary accuracy.

Despite these impressive capabilities, however, such equipment offers meteorologists very little information about actual weather conditions on-scene, and in the air.

That’s where pilot reports (PIREPs) are extremely valuable sources of real-time information, not only for weather forecasters and other pilots, but all stakeholders within the national airspace system.

“PIREPs offer a three-dimensional look at the atmosphere,” explained John Kosak, weather program manager for NBAA Air Traffic Services. “Any piece of information that a meteorologist is able to plug into their [forecasting] model helps their next forecast be that much better and more accurate.”

Equally important as reporting active weather conditions, Kosak added, is noting when expected or forecasted conditions aren’t present. “Null reports are crucial,” he explained. “Icing and turbulence SIGMETs often span across thousands of miles. When a pilot is able to report they haven’t encountered such conditions, it helps trim that area down.” 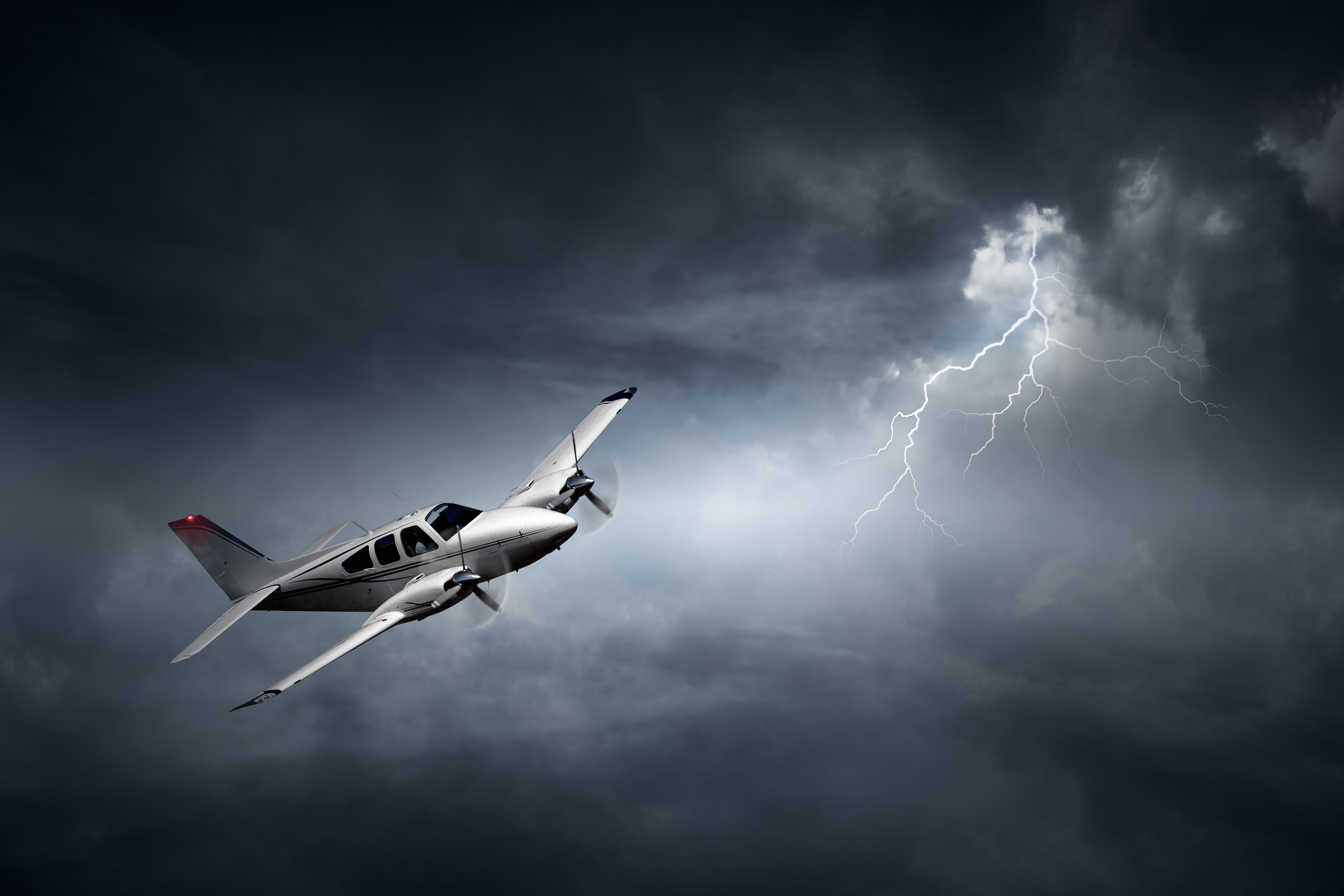 As important as PIREPs are for providing actual weather conditions, however, there are many steps to the process that, if not properly followed, hinder their effectiveness.

When a pilot provides a weather report to Flight Service or ATC, for example, it is often recorded on paper – one of very few non-computerized tasks remaining within the ATC environment – and routed by hand to the appropriate area.

Pilots also may unintentionally submit weather reports containing inaccurate information regarding the time, exact location and weather intensity. (Indeed, one potential reason for such inaccuracies may be the added stress when flying in unanticipated conditions, such as icing and turbulence, which led the pilot to issue the PIREP.)

Despite these factors, however, the greatest concerns lay with pilots not submitting PIREPs when conditions warrant, and that such information may not be properly disseminated throughout the reporting chain.

The subject isn’t exactly an emergency procedure, or a required element of flight training like stall recovery; in fact, it’s safe to say that PIREPs are largely overlooked in training, and throughout most pilots’ flying careers.

Since 2012, the NTSB has investigated 20 accidents or incidents in which issues were found with the dissemination of weather information. That led the board to place the topic on its 2014 Most Wanted List of Transportation Safety Improvements.

“We were seeing accidents related to weather, and – in some cases – the absence of PIREP information being shared, or the pilot not receiving the information,” explained Millicent Hoidal, a regional aviation accident investigator with the NTSB. “As we followed our investigative process, we soon realized this was a systemic problem, and that it was contributing to accidents.”

A recent example of this can be found in the NTSB’s factual report on a December 2014 fatal light jet accident in Maryland. The report noted a lack of evidence that the accident pilot was aware of reported icing conditions at the arrival airport. The pilot failed to engage the aircraft’s deicing systems while approaching his destination, leading to structural icing that degraded the jet’s performance, which in turn resulted in an aerodynamic stall. The pilot and his two passengers, as well as three people on the ground, perished.

In June, NBAA joined with others across the aviation community to participate in a two-day NTSB forum devoted to methods to improve the effectiveness of PIREPs for all stakeholders. The forum came about from the board’s work on a Special Investigation Report (SIR) focusing on discrepancies in the current PIREP process, due for release by the end of 2016.

PIREPs offer a three-dimensional look at the atmosphere. Any piece of information that a meteorologist is able to plug into their [forecasting] model helps their next forecast be that much better and more accurate.

“When we first started work on the SIR, a common theme of our initial meetings was, ‘Why do you want to sit down and talk about PIREPs?’” Hoidal said. “The subject isn’t exactly an emergency procedure, or a required element of flight training like stall recovery; in fact, it’s safe to say that PIREPs are largely overlooked in training, and throughout most pilots’ flying careers.”

Hoidal noted that, arguably, the greatest challenge lies in altering pilots’ perception about the benefits of PIREPs. “They really epitomize the ‘pay it forward’ concept,” she said. “Short term, the one giving a PIREP doesn’t receive much benefit; it’s to help the next airplane coming. Over the course of six to 12 months later, though, accurate and timely PIREPs will also make weather modeling more accurate, and that does serve you.”

While an accurate PIREP begins with the pilot, the NTSB also acknowledged concerns from the other side of the mic. Pilots may encounter difficulty relaying weather information to Flight Service or ATC – and even if they do, controllers don’t always relay PIREP information to other pilots. NTSB Member Robert Sumwalt, who chaired the forum, recalled an incident from his commercial airline career in which his aircraft encountered a surprising amount of ice while flying a challenging approach. When he relayed that information to ATC, the controller noted that several other aircraft had also reported unexpected icing in that area. Understandably, Sumwalt wondered why that information hadn’t been shared with other pilots on the same approach.

“The problem is clearly multifaceted,” Sumwalt said. “The PIREP system depends on pilots relaying relevant information, but pilots will basically say, ‘What’s the use?’ if that information isn’t disseminated to them. If that flow of information dries up, the process breaks down and no one is able to benefit.”

That is why the primary aim for the NTSB forum was to bring all parties to the table to identify broken links in the reporting chain. “People’s eyes were really opened,” Hoidal said. “This is a collaborative process; we aren’t assigning blame or mandating specific changes.

Everybody went home asking themselves the question, ‘What can my group do to make this situation better?’” One of those stakeholders was Bob Whitworth, FAA manager for the Air Traffic Training Policy and Requirements Team, AJI-2320. After the forum, he immediately assigned a dedicated staff specialist to focus on areas specific to his department that had been identified in the discussion.

PIREPs can save lives. The simple fact is that we’ve investigated accidents that may not have happened had the available PIREPs been used.

“I’ve [also] identified the need to have a designated “Weather Focal” in my office, to work not only PIREPs issues but all matters concerning weather and safety of flight,” said Whitworth. Whitworth is also reviewing printouts of all current FAA course material on PIREPs and weather dissemination to identify potential areas for improvement.

Sumwalt noted that such actions demonstrate the value of collaborating with all stakeholders in the PIREP process. “It’s vital that we get the word out regarding proper reporting, and making sure those reports are accurate,” he said. “We’ve been encouraged by the response from several groups, including NBAA, toward making that happen.

“PIREPs can save lives,” Sumwalt concluded. “The simple fact is that we’ve investigated accidents that may not have happened had the available PIREPs been used.”

For more on how filing PIREPs can improve safety, check out the digital edition in the mobile app to hear a podcast interview with Kosak.

This article originally appeared in the November/December 2016 issue of Business Aviation Insider. Download the magazine app for iOS and Android tablets and smartphones.

Here are some tips on how to get ready before winter weather arrives.
Read More