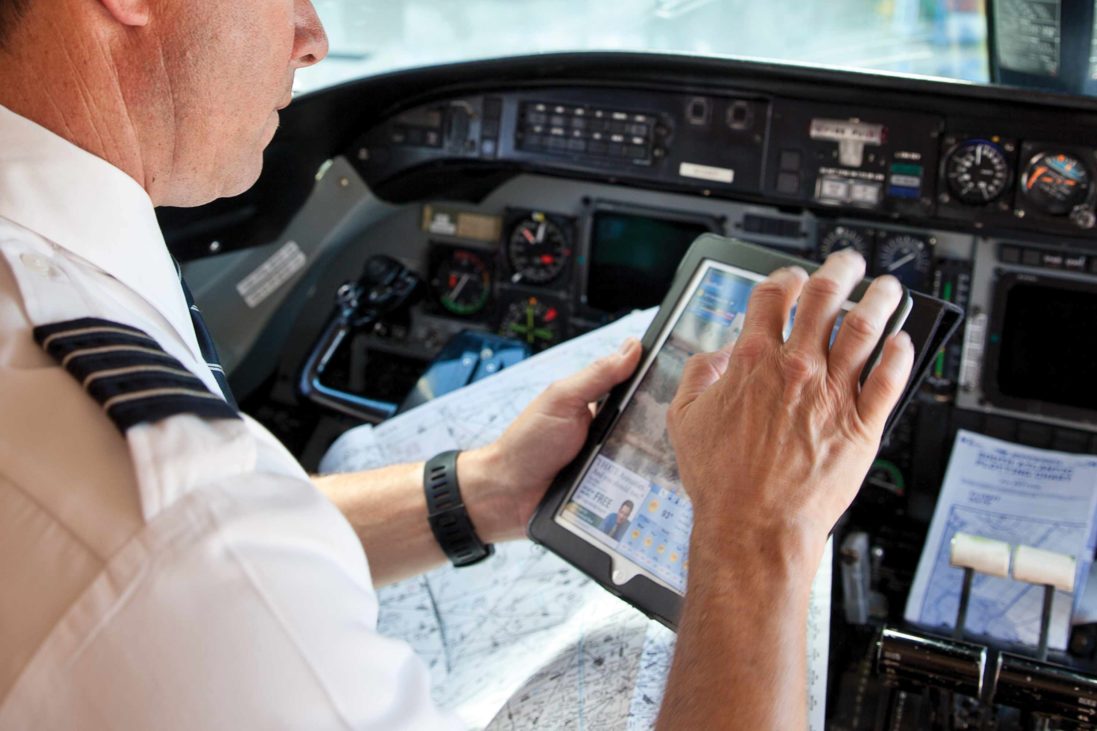 If you use an iPad as the platform for your electronic flight bag (EFB), Apple just did you a big favor.

In an Aug. 24 posting to its iPad support knowledge base, the tablet computer manufacturer listed its international battery safety certifications, thereby meeting the requirements of Federal Aviation Administration (FAA) Advisory Circular (AC) 120-76B.

“Basically, the compliance statement means the iPad 100 percent meets FAA requirements spelled out in the new AC,” said Rick Ellerbrock, director of aviation strategy at Jeppesen. “That deals with UN transport safety requirements and also Underwriters Laboratories requirements. That’s a statement that any operator can reference with their principal operations inspector (POI) and put into their authorization package. That’s sufficient for meeting the requirements for the battery.”

This is important, Ellerbrock explained, because lithium as a substance is categorized as a potentially hazardous material. The safety standards around lithium batteries demonstrate that the substance is packaged and utilized properly and safely.

“Apple did a good job of demonstrating compliance. Regardless of your EFB platform, you’ll have to demonstrate that kind of compliance to your POI,” advised Ellerbrock. While Apple has stated its compliance online – a statement to which you can provide a link in your AC 120-76B documentation – you may have to dig a little further for similar information on EFB platforms from other manufacturers, he said.

“I would start by looking at the equipment itself,” Ellerbrock said. “Often times, devices have UL testing standards and things like that stamped right on the device. If it’s not there, look at the packaging and the instructional materials. If it’s not provided, I’d contact the OEM so that you can inquire directly. See if you can get access to those records.”

The AC also provides guidance for storing and maintaining lithium batteries, and your EFB program should also include formal checks and procedures around battery usage. The AC gives some pointers for operational checks, both for in-flight, and for ongoing health monitoring during the life of the battery.

“Make sure you have an adequate battery charge,” Ellerbrock suggested. “Check it in preflight. Also, if you’re on battery power only during your flight, check that you have more battery life than required for the entire flight.” Of course, you should allow a buffer for unplanned contingencies, and it is wise to consider backup power sources as part of your mitigation strategy, particularly if you are relying on battery-only power.

With the iPad and other tablet EFBs, the battery is built into the device. The AC also provides guidance regarding EFBs with external/replaceable batteries. Finally, Ellerbrock suggested that operators make sure that their batteries have not deteriorated over time.

“After a year, the battery may not retain even 50 percent of its charge life,” noted Ellerbrock. “That may be the right time to replace the battery.” He says that this is an extreme example, and the actual amount of charge life will vary based on environmental conditions, usage patterns, etc. It also can vary widely from one EFB provider to another, so you need to consider the AC in the context of your specific situation. Another benefit to Apple’s new posting is that is also includes a link to useful information about iPad’s battery life.

While electronic flight bags can be helpful tools, it’s important to use these devices and their associated software in a safe manner.
Read More

Mobile technology saves money and time, but transitioning to a paperless flight operation requires planning, according to experts who took part in a Dec. 16, 2015, NBAA webinar.
Read More

Robert Creek will present a seminar titled 'A Pilot's Guide to Using iPads in the Cockpit' at NBAA's Business Aviation Regional Forum at Illinois's Chicago/Waukegan Airport on Sept. 12, 2013.
Read More