Hybrid Airplanes: Moving From Drawing Board to Flight Line 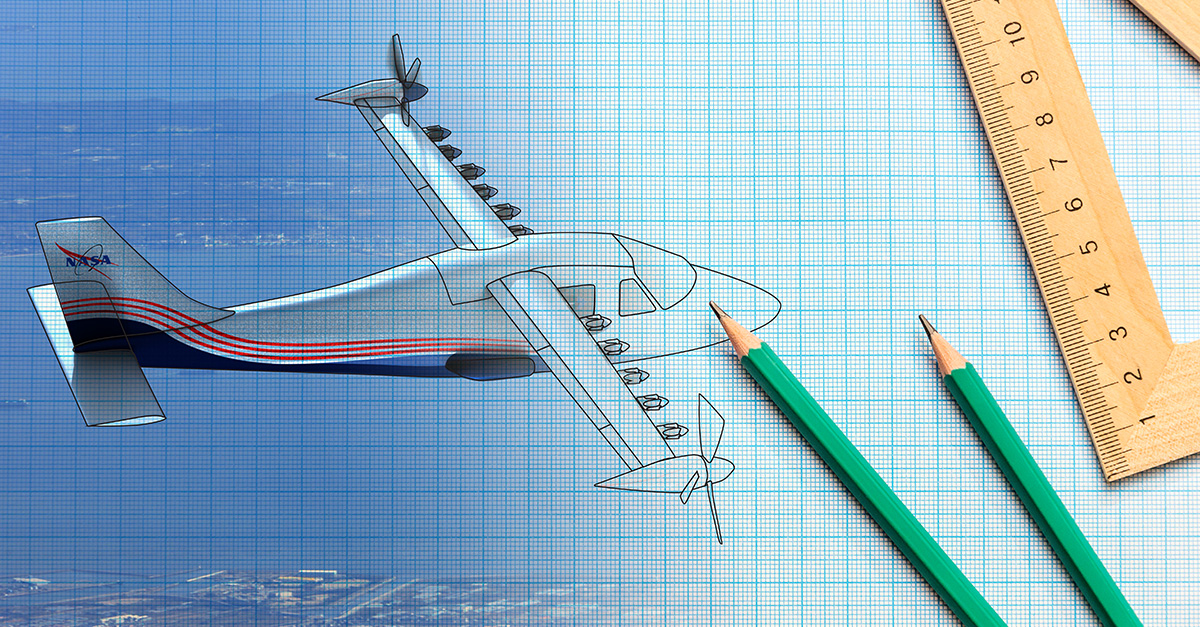 From pressurized fuselages to jet power, aviation has seen its fair share of technological leaps in the 114 years since the Wright Brothers first flew at Kitty Hawk. Soon, electric propulsion may be considered a big enough disruptor to join the elite list of advancements that fundamentally re-shaped airplane design, and business aviation stands to be a significant beneficiary.

Advances in electrical power storage and power generation have re-shaped consumer electronics and are doing the same for the automobile industry. These technologies are making their marks in aviation as well, with electrical systems replacing traditional systems, such as pneumatics, on the latest aircraft designs. But the major leap will come as engine technology advances, creating aircraft that look and perform much differently than the conventional jet, turboprop or piston-powered airplane.

That leap already is underway:

In perhaps the strongest indication of the electric aircraft’s imminent shift from concept to reality, the General Aviation Manufacturers Association (GAMA) in February published standards for measuring hybrid and electric propulsion performance. Developed by GAMA’s Electric Propulsion & Innovation Committee (EPIC), the document spells out basic scenarios that industry can use as baselines for measuring performance. There is even a vertical-takeoff-and-landing scenario. “The standards allow an apples-to-apple comparison,” explained Greg Bowles, GAMA’s vice president of global innovation and policy. “All those manufacturers [on EPIC] bought into standard ways to measure those missions.”

GAMA does not set standards prematurely, Bowles noted. While the new hybrid-electric standards may require some tweaking as technology changes and aircraft are put into service, it was clear that the time had come to set a common foundation for electric aircraft.

“We have been seeing a lot of new activity in the last five years, but it started out very small,” explained Bowles, pointing to single-seat trainers and gliders with electric motors. “Then we started seeing people moving toward light general aviation products that could be all-electric. Everybody started drawing a dotted line and found that this technology is on the verge of enabling advances in business aircraft, and even regional transports.”

The convergence of several technologies is driving the momentum:

Factor in interest from technology companies not normally associated with aviation – as well as the traditional aircraft, engine and systems OEMs that have driven innovation for more than a century – and the stage is set for a sea change. NASA last year garnered much attention by getting the U.S. Air Force to designate its electric-propulsion test aircraft the X-57 – the latest in a line of historic experimental X-planes that have helped push aviation’s technological boundaries. The aircraft design involves a modified Tecnam P2006T in which the original wing and two piston engines have been replaced by a long, thin wing embedded with 14 electric motors – 12 on the leading edge for takeoffs and landings, and one larger motor on each wing tip for use while at cruise altitude.

The aircraft will be powered only by batteries, significantly reducing carbon emissions and demonstrating how demand could shrink for lead-based aviation fuel. NASA hopes to validate the idea that distributing electric power across a number of motors will result in a five-fold reduction in the energy required for a GA airplane to cruise at 175 mph.

While larger all-electric aircraft designs are on the drawing board, the limitations of batteries mean that hybrid technology is the big near-term opportunity for most applications.

Typically, to get the best fuel efficiency, an airplane must carry extra wing to enable slower landings. However, during cruise flight, that larger wing results in a drag penalty. Electric propulsion essentially eliminates the penalty for cruising at higher speeds by using solutions such as distributed propulsion along the leading edge, which would be impractical for traditional engines.

While larger all-electric aircraft designs are on the drawing board, the limitations of batteries (they are still heavy and do not store enough energy for long-range flights) mean that hybrid technology is the big near-term opportunity for most applications.

“It’s probable that all-electric is something that will be reserved for lower-energy-type uses – smaller-scale vehicles that don’t go quite as fast or far,” Bowles said. “The back-of-the-napkin guess is that somewhere between the six- to 10-seat vehicles that go up to 250 knots, we’ll probably see those in the all-electric realm eventually. But above that, bigger and faster aircraft that go long distances are probably going to be hybrid for a good period of time.”

As the X-57 design suggests, they will also look very different from today’s aircraft. Electric motors offer advantages that will enable them to be used in different ways than turbine and piston engines.

Today’s turbine engines must be built with takeoff power – and related certification requirements, such as engine-out performance on takeoff for a twin-engine aircraft – in mind, rather than optimized for maximum efficiency in cruise. A hybrid design could rely on electric motors for takeoff, when maximum power is needed for a short time, and then shift to turbine power for cruise flight. Small electric motors placed strategically on the aircraft could eliminate the need for aerodynamic features such as flaps, enabling engineers to optimize airframe design for cruise flight, where aircraft spend most of their flying time.

Soon, electric propulsion may be considered a big enough disruptor to join the elite list of advancements that fundamentally re-shaped airplane design.

“As a young engineer growing up in the 1990s, we would learn about industry pioneers in the 1920s and 1930s who shaped much of aircraft design as we know it. This is like that,” Bowles said. “You can do all kinds of new things. The brand-new degrees of freedom that nobody has considered before – this is where people are getting excited.”

Arguably, the biggest advantages that electric power offers are in the environmental arena. Even at maximum power, they are very quiet, which is a game-changer for accessing airports with noise-related restrictions.

“That’s one of the reasons they love this in places like Europe, where they have a lot of difficulty today with operations during the evening,” Bowles said. “This is going to be a game-changer for that.”

Electric power’s lack of emissions also aids efforts to become greener. Business aviation, working through the International Business Aviation Council and GAMA, has set a goal of reducing total carbon emissions 50 percent by 2050, relative to a 2005 baseline. While improved fuel efficiency through aircraft and engine design is helping, electrical power is a quantum leap.

“Without a step-change in technology, it will be challenging [to meet the 2050 target], even with biofuels and the traditional paths of development,” Bowles said. “The efficiencies you gain from hybrid propulsion, combined with the aerodynamic applications and continued evolution of current engine technology, will get us there.”

NASA’s X-57, which will test and validate electric motors on aircraft, is the product of several of the agency’s programs designed to evaluate new technologies, with an eye toward getting them deployed.

The project started as part of the NASA Transformative Aeronautics Program’s Convergent Aeronautics Solutions (CAS) initiative. CAS focuses on short-term studies that blend traditional aeronautics disciplines with advancements from outside of the industry. Validated technologies often end up on flight-test aircraft, where NASA’s Integrated Aviation Systems Program takes over.

In the X-57’s case, the aircraft also is part of the agency’s New Aviation Horizons (NAH) initiative, which was launched last year. The X-57 is the first of a series of planned X planes that will fly in the next decade as part of NAH. These aircraft will test, validate and accelerate the adoption of advanced green-aviation technologies, from hybrid power to efficient supersonic flight.

The X-57 is undergoing conversion at Scaled Composites in Mojave, CA. The aircraft’s experimental, high-aspect ratio wing is being designed at NASA Langley in Virginia, and fabricated by Xperimental LLC in San Luis Obispo, CA.

The aircraft’s configuration will evolve. The initial modification will turn the Tecnam P2006T airframe into a fully electric airplane using the stock Tecnam configuration. This will enable NASA to flight-test the all-electric power system and two large motors before the new wing is integrated. The vehicle will be powered by a battery system developed by Electric Power Systems of Industry, CA.

The planned final version of the X-57 will feature 12 small electric propellers positioned along a high-aspect ratio wing’s leading edge (photo above), with two larger electric motors installed on the wingtips for use during cruise flight. Taxi tests of the initial configuration could start in early 2018, and a first flight is possible during that year.

This article originally appeared in the July/Aug 2017 issue of Business Aviation Insider.

NBAA-BACE: Despite Challenges, Developers See Blue Skies Ahead for AAM

Companies developing advanced air mobility vehicles are energized by the possibilities the technology offers, and by how close the industry is to realizing its promise within the next few years.
Read More

NBAA TV Live: The Future of Business Aviation Is Electric

The trend in electric aircraft continues to rise as the industry looks to develop more efficient and sustainable systems. Michael Ballas of Astronics looks at how the increased interest in electric aircraft is impacting the business aviation industry in this NBAA TV Live interview.
Read More