The types of business aircraft vary widely, ranging from propeller-driven aircraft to jets to helicopters. The fleet includes everything from piston aircraft not much bigger than a car and capable of flying just a few hundred miles before re-fueling, to jets that seat more than a dozen people and are capable of making non-stop international flights. However, the vast majority of business aircraft seat six passengers in a cabin roughly the size of a large SUV and fly an average stage length of less than 1,000 miles. Depending on their capability, these aircraft may fly at altitudes below the airlines (below 20,000 feet) or above the airlines (above 40,000 feet). 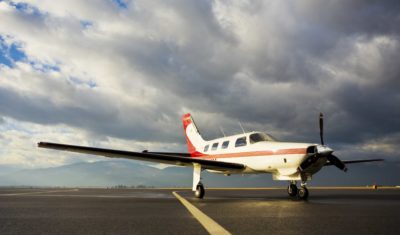 Piston airplanes have one or more piston-powered engines connected a propeller to provide thrust to move the aircraft on the ground and through the air. Piston-powered aircraft most commonly use 100 octane low-leaded fuel and fly at altitudes below 15,000 feet.

Turboprop aircraft have one or more gas-turbine engines connected to a gearbox that turns the propeller(s), to move the aircraft on the ground and through the air. Turboprop aircraft burn Jet-A fuel, are frequently larger than piston-powered aircraft, can carry more payload and passengers than their piston-powered counterparts and can typically fly higher than pistons, at altitudes up to 35,000 feet. Jet aircraft have one or more gas-turbine engines, which provide thrust to move the aircraft on the ground and through the air. Jet aircraft use Jet A fuel, fly faster than turboprop aircraft and are capable of flying at higher altitudes than pistons or turboprops. 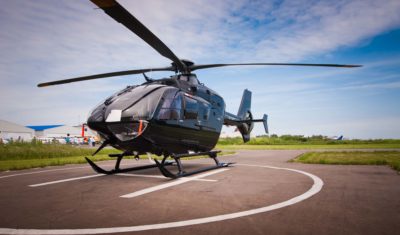 A helicopter is an aircraft that is lifted and propelled by one or more horizontal rotors. Helicopters are powered either by a piston engine that uses 100-octane low-leaded fuel or a turbo-shaft engine that uses Jet A fuel. 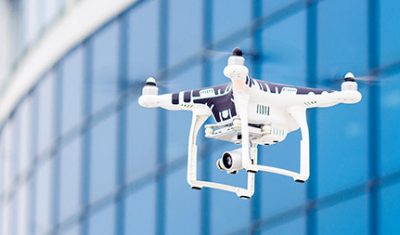 Unmanned aircraft systems (UAS) – sometimes referred to as drones – are aircraft without a human pilot onboard. Instead, UAS are remotely piloted by a controller on the ground and, in some cases, may have autonomous capabilities.