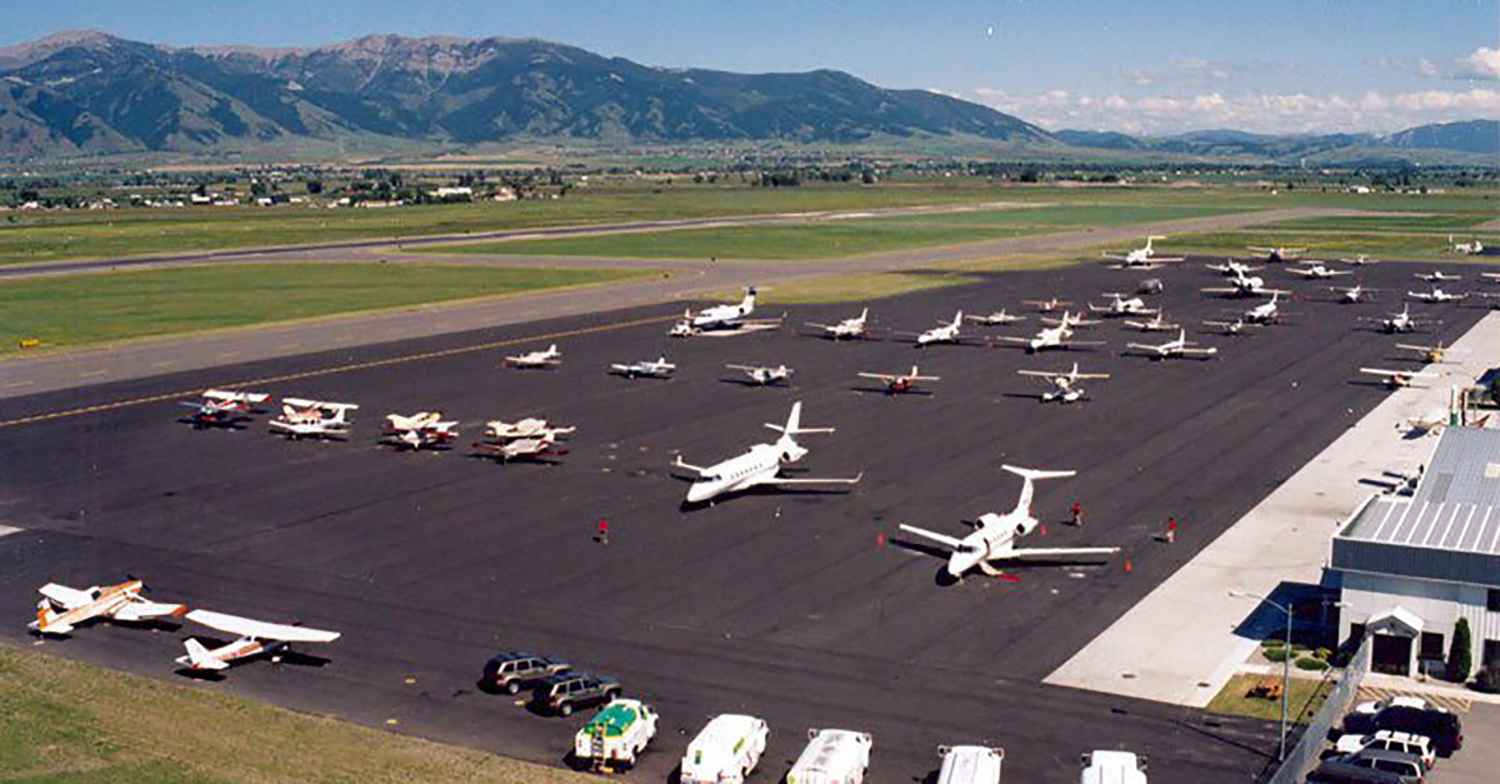 To their credit, airport management and the Gallatin Airport Authority understand the value that all airport users bring to southwest Montana and have worked to enhance efficiency and safety for all of them.

Airport director Brian Sprenger said business aircraft operations are up significantly at BZN, with February 2018 (the latest month for which statistics are available) up 63 percent over the previous record. “Overall, the airport is growing at an annual rate of 8 to 10 percent,” he said.

BZN officials have moved forward on ATC upgrades, rather than wait for the often slow-moving process of obtaining government funding.

“Twenty years ago, we felt we needed a tower and couldn’t wait for the FAA,” said Sprenger. The airport paid to build the tower and still maintains it. And although the tower is now part of the FAA’s contract tower program, BZN has for years paid for additional controllers to enable the tower to stay open longer.

On May 25, Bozeman Airport will introduce yet another airport-funded effort to further extend coverage at its increasingly busy tower: a new controller position will be added to help provide coverage from 5 a.m. to 1 a.m.

“The new position will also provide us with additional coverage during the day,” said Sprenger. “With our mix of traffic and the additional challenge of snow removal equipment during the winter, we feel we really need that extra set of eyes and ears.”

A decade ago, BZN became the first small-hub U.S. airport to pay for its own airport radar, at a cost of $1.5 million. As a mountain airport, radar coverage did not extend down to BZN, which significantly augmented its ATC capabilities – and thus safety and efficiency – with the radar. Overall, the airport has spent more than $7 million – all of it from airport-generated revenue – to upgrade its ATC coverage and facilities.

Sprenger and BZN officials also were successful in securing Airport Improvement Program monies to help fund construction of a new parallel runway, which opened ahead of schedule in October 2017. Runway 11/29 is used almost exclusively by flight schools and smaller general aircraft and helps separate the diverse mix of aviation operations.

“Planning for the future, the airport board saw the need to have it [Runway 11/29] in place prior to the rehabilitation of the main runway,” said Janine Schwahn, chief instructor at Summit Aviation, a flight school and charter operator based at the field.

Ben Walton, who founded Summit 20 years ago when he began flight instructing in a borrowed Cessna 150, said the growth of his company, which has 40 employees, a fleet of more than a dozen modern training aircraft, and a number of charter jets, may not have been possible at a less enlightened airport.

Walton launched and now supports Montana State University’s flight training degree program at Summit, and he said that BZN “is a great place to be. They really want to see businesses on the field succeed, and they understand the pilot shortage and the needs of general aviation.”

Kristi Ivey, NBAA’s Northwest regional representative, added, “Bozeman is a great example of an airport understanding the value of all of its users and being proactive in supporting them with technologies and infrastructure that contribute to safe and efficient operations.”

Super Bowl LVI will take place on Sunday, Feb. 12, 2023, at State Farm Stadium in Glendale, AZ. NBAA Air Traffic Services has information to assist business aviation flights planning on operating into and out of the Phoenix, AZ and Las Vegas metropolitan areas within that timeframe.
Read More